A roundup of some stories from China you may have missed this week.

A record 12 million students have taken part in China’s university entrance exams, known as Gaokao. About 300,000 centers across the country have opened for assessments, although Shanghai had to postpone testing due to coronavirus restrictions. Elsewhere, strict precautions were in place to stop the spread of the virus with seating plans and other arrangements tailored to ensure social distancing.

Three other astronauts have visited the Chinese space station. They flew in the Shenzhou-14 capsule, which was adapted to improve safety, reliability and comfort. The machine has shock-absorbing cushions adapted to each passenger.

The Tarim Desert Highway, the first in China, has become carbon neutral by replacing diesel pumps used to water vegetation protecting the road with solar power. The highway crosses the Taklimakan Desert in the Xinjiang Uyghur Autonomous Region.

The project is expected to reduce diesel consumption by about 1,000 tonnes and carbon dioxide emissions by 3,410 tonnes per year, according to PetroChina’s Tarim oil arm, which is in charge of the project. 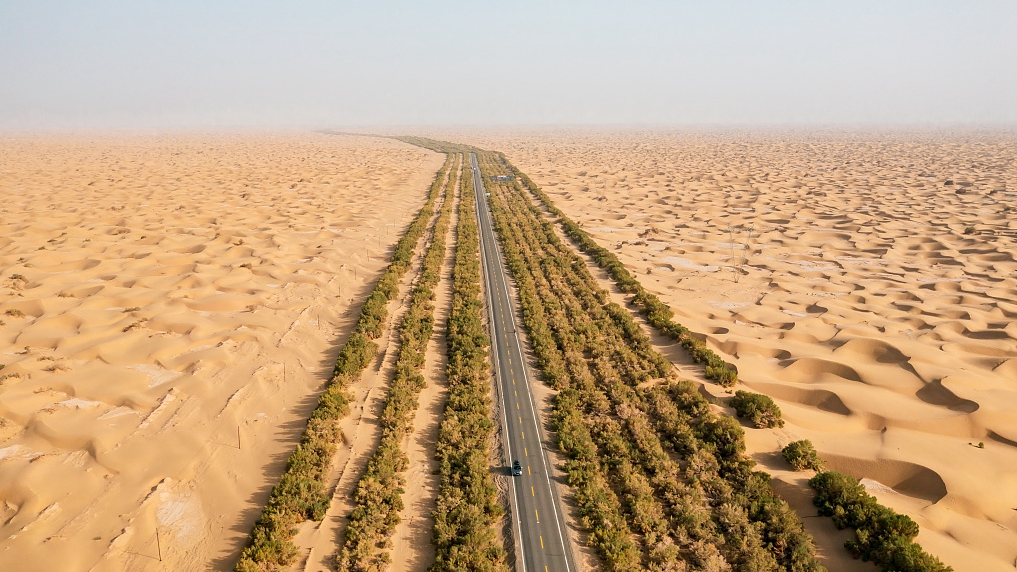 A ten-year fishing ban on the Yangtze is being enforced by the introduction of dozens of cameras along the banks of the river. The devices use artificial intelligence to alert authorities to potential cases of illegal fishing. The ban has had a noticeable impact on wildlife in one of China’s most biodiverse environments, with increased sightings of species such as the endangered finless porpoise. However, it also had an effect on the economy, with more than $800 million in grants available to affected communities.

The annual Dragon Boat Festival has seen millions of Chinese take to the roads and rail networks for a family break. Data from online travel agencies showed a strong rebound in travel.

Chinese cartographers have created the most detailed map of the moon ever. The high-resolution topographic map is based on data from China’s Chang’e Lunar Exploration Project and other data and research results from international organizations.

Residents are encouraged to identify their kayaks, boats