How archery was vital to the survival of early humans

Remains found in the Rhone Valley, dating back 54,000 years, are the first discovered outside Africa

It is a weapon whose effectiveness was surpassed centuries ago by the pistol and the rifle. Still, the bow and arrow could deserve a special place in the history of our species, scientists say. They believe archery could have been essential to Homo sapiens’ conquest of the planet, helping modern humans out of their African homeland tens of thousands of years ago.

Early archers could have killed their prey from a considerable distance while giving their diet a protein boost without putting themselves in harm’s way, researchers say. It has also become clear that bow and arrow technology is ancient, with some of the oldest arrowheads found in caves in South Africa and dated to around 64,000 years ago.

Outside Africa, the earliest evidence of archery was 48,000-year-old arrowheads found in a Sri Lankan cave two years ago. However, that date should now be pushed back to around 54,000 years ago, after scientists – led by Ludovic Slimak of the University of Toulouse – revealed they had discovered evidence that modern humans had colonized Grotte Mandrin in the Rhone Valley. The finds included a tooth from a modern human child and a set of tiny, sharp stone tools that look a lot like arrowheads.

Slimak said his team had yet to confirm the tools were arrowheads, but pointed out that the technology would have given modern humans a key advantage over the Neanderthals who then occupied Europe.

“An animal 100 yards away will think you’re too far away to be dangerous and won’t move away,” Slimak said. “With a bow and arrow, you could take him out easily. Equally important, you’ll be too far away for him to attack you if he gets hurt and gets angry. So you can hunt safely and provide more protein to your group.

Professor Chris Stringer, from the Natural History Museum in London, added that it was now clear that the bow and arrow was a technology that was invented at different times in different parts of the world, highlighting its importance for the spread of our species. 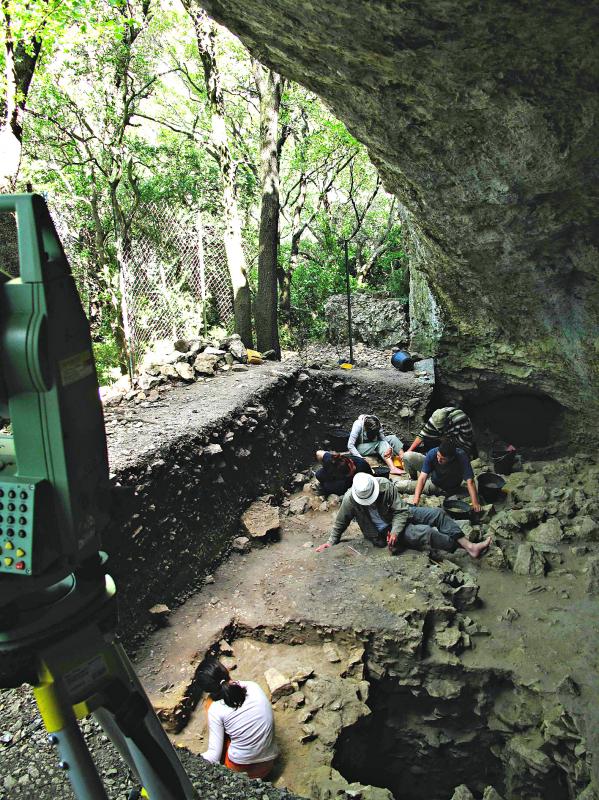 “The crucial thing about making a bow is that you really have to know your materials. You must choose a tree species that has the right flexibility because the inside of a bow must withstand considerable compression while the outside must resist stretching. You also need expert technicians to make the string, arrowheads, and arrow shaft. The whole technology requires considerable expertise.

Slimak added that the tools discovered at Grotte Mandrin were highly standardized.

“Neanderthals could make beautiful stone tools, but each one was unique,” ​​he added. “In contrast, those made by modern humans were very light, compact and uniform in size. It was an industry. 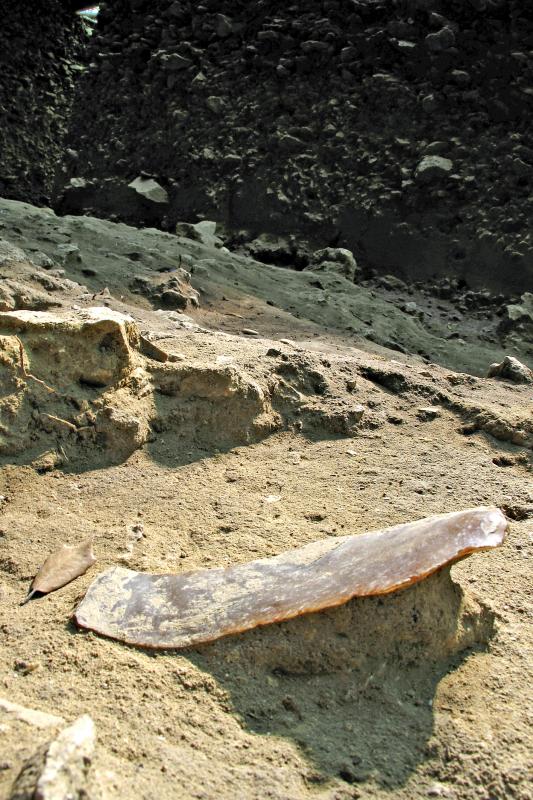 The Grotte Mandrin settlement places the date of the first appearance of modern humans in Western Europe at around 12,000 years earlier than previous estimates. Despite their technical abilities, however, these settlers did not survive.

After a period of perhaps 40 years, the signs of the presence of modern man on the Rhône disappear. Having spent their entire life in the region, this generation disappears from the archaeological record. Then, around 2,000 years later, the site was reoccupied – by Neanderthals. So what happened to this first group of modern human colonizers? Slimak believes there were as many as 100 men, women, and children in the Mandrin Cave colony, descendants of modern humans who had traveled from the Levant along the Mediterranean coast.

“Maybe there weren’t enough of them to maintain their biological strength, and they couldn’t exchange genes with the locals, the Neanderthals. Maybe it’s because they didn’t have a good relationship with them or because the fertility between them was poor.

This point was supported by Stringer.

“If you have a small group of men, women and children, chances are you will have a very small number of specialists – for example, those who are qualified to make each element of bows and arrows they used, individuals who know which trees to choose to make a bow and others who know how to produce string and arrows, in this case you will be vulnerable if you lose one or two due to accidents hunting or diseases.If they haven’t passed on their expertise to other members of the group, you will end up missing essential knowledge.

Stringer added that it was also possible that climate change had an impact on the Grotte Mandrin group.

“There are only a few tree species whose wood is soft and strong enough to make bows. So if there had been a change in climate, these trees might have become rarer or even disappeared altogether, and the group might have discovered that they couldn’t replace their bows and arrows. Their reliance on them would have left them exposed and fragile.

The Mandrin Cave outpost appears to be one of many failed attempts by modern humans to settle Europe before eventually taking over the continent. Sites in Romania and the Czech Republic also contain remains of our species dating from 40,000 to 50,000 years ago. However, bone analysis has produced genetic profiles that have no match among modern Europeans. As Stringer says, “These are some of the lost bloodlines of our species.”

Comments will be moderated. Keep comments relevant to the article. Remarks containing abusive and obscene language, personal attacks of any kind or promotion will be removed and the user banned. The final decision will be at the discretion of The Taipei Times.

‘It will be great for sport tourism’: Archery Canada draws for new permanent home in Cambridge