The Princess seaplanes that failed to take off

HOLLYWOOD legend Gracie Fields was greeted by a large group of dockworkers as she boarded the luxury Aquila Airways City of Funchal seaplane.

She was among those departing for Capri on the test flight of Aquila’s new service from Southampton’s eastern docks in May 1954.

But had the ambitious plans of a Hampshire company literally and figuratively taken off, Southampton would likely have seen many more Hollywood stars pass by after a transatlantic seaplane trip.

During the 1930s and 1940s, it was thought that the Southampton-New York route would be better served by seaplanes.

Across the pond, the Hughes H-4 Hercules – better known as the Spruce Goose – was already in development and Isle of Wight company Saunders Roe went into design and the construction of the Princess in 1945.

It was a continuation of Imperial Airways’ pre-war efforts to cross the Atlantic non-stop, and the Cowes-based company began developing what it hoped would become the new transatlantic airliner.

Despite an initial cost estimate of £2.5 million, the final cost of three aircraft rose to five times that amount.

On the day of the seaplane’s maiden flight, there was a lot of emotion, especially among the people of the Solent.

However, he was met with disappointment as bad weather forced the crucial takeoff to be postponed. 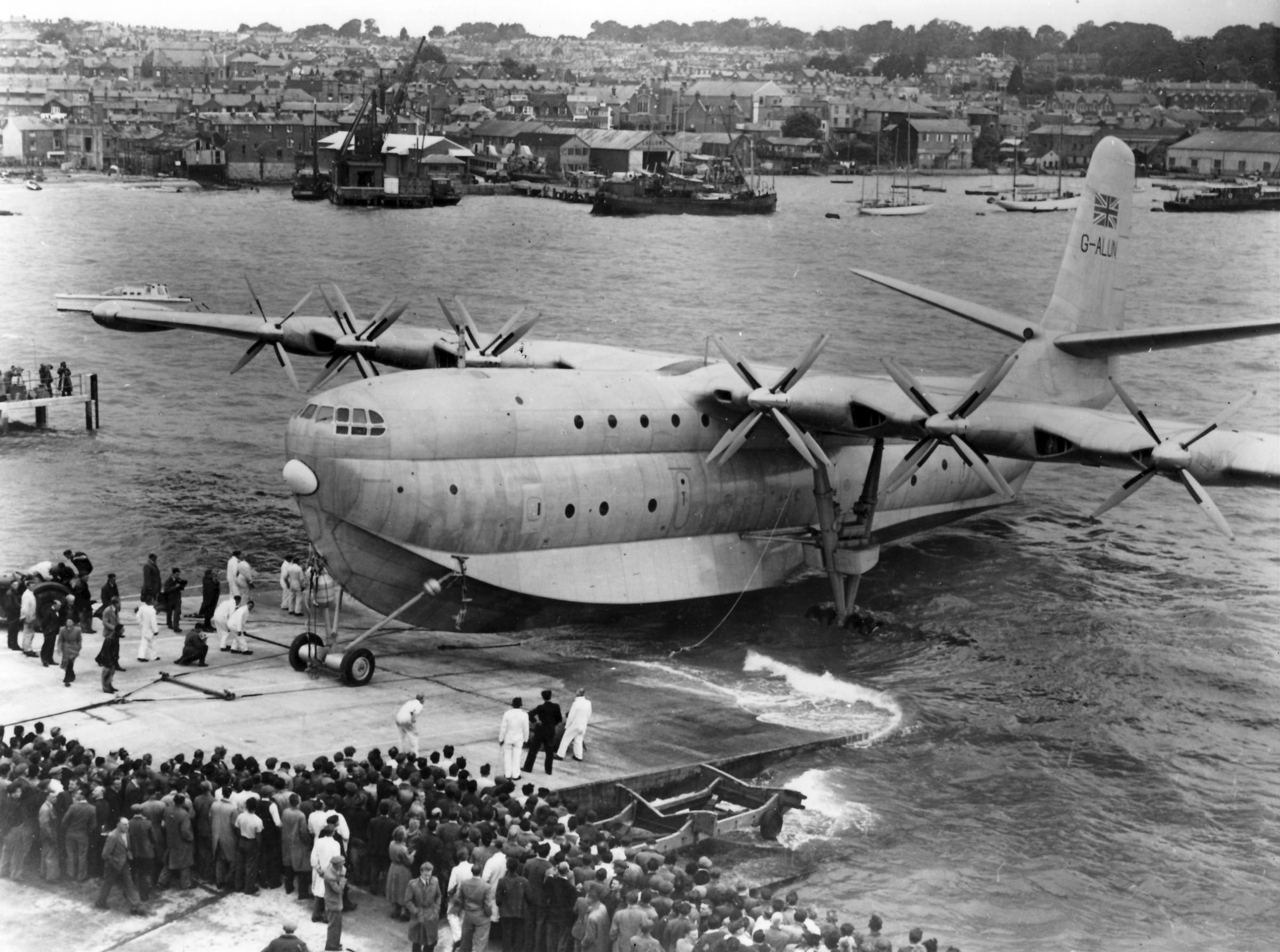 For just 35 minutes, with test pilot Geoffrey Tyson at the controls, the Princess flew at a height of 2,500ft and at an average speed of 250mph over Southampton Water, Hythe and the Isle of Wight.

The historic moment the princess first took flight was described by the Daily Echo at the time.

“A crew of 12 boarded mid-morning and there was no sign of life until 11:35 a.m. when a short puff of black smoke from the port coupled engine, and the contra-rotating propellers started to spinning faster and faster,” the newspaper reported.

“Then one by one, two minutes apart, the other engines began to cough. Shortly after noon, the Princess’ turboprop had roared to make chief test pilot Geoffrey Tyson make the decision to taxi.

“In a mist of white spray she had almost disappeared down Cowes Roads towards Spithead when she turned, picked up speed and lifted easily from the water. She was soon above Hythe Pier and the New Forest, then made a wide circuit to the left over the Isle of Wight.

“She disappeared into the mist and puffy white clouds towards Portsmouth, only to reappear 20 minutes later over the English Channel.”

Even on the day of the maiden flight, questions were raised about the princess’s future.

Initially Princess No. 1 was used for experimental flights by Saunders-Roe and the Ministry of Supply, but problems with the engines and gearbox were a major concern and meant she had very little time. flight. 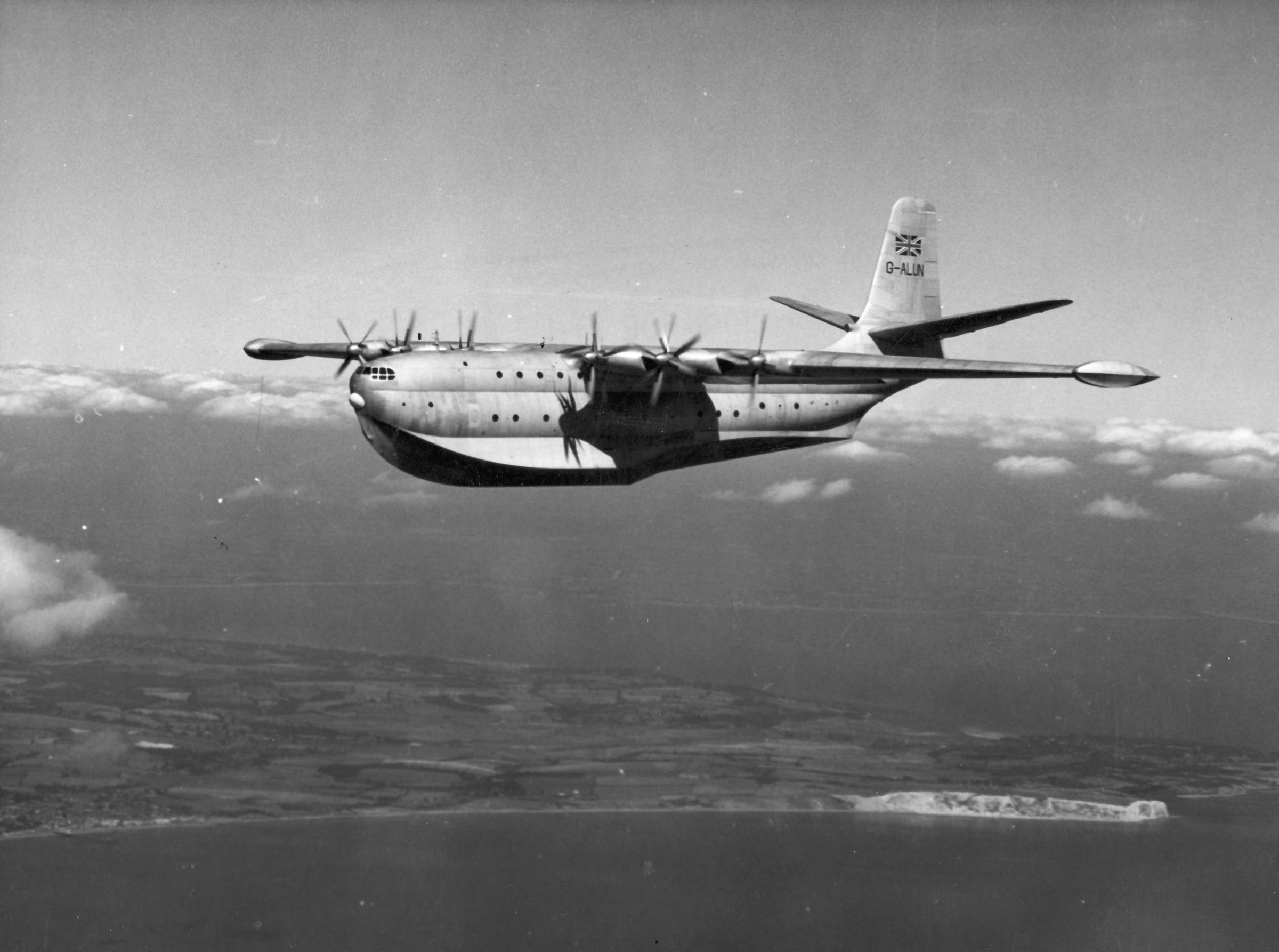 His two sisters, one on the concrete apron of the factory and the other still in the hangar, have never flown. Although at first airlines showed interest in the Princess, orders were eventually canceled as landplanes became the chosen form of travel.

Seaplanes became a familiar sight stored at Calshot Spit and finally, in 1967, were broken up for scrap.

The Princess seaplane is considered the largest all-metal seaplane of all time.