Ten fishermen were on board the Enchanter when it began to sink after being caught in a storm off New Zealand’s North Cape around 11pm on Sunday.

The boat was hit by a rogue wave, which shattered the ship’s deck and hull.

Four bodies have been recovered while the search for a fifth person resumed on Tuesday. The other five on board were rescued.

Meanwhile, another boat carrying 12 people rolled over on Sunday evening about 180km west of Ashmore Reef in Western Australia.

It is understood that the wooden ship was also hit by a large wave.

Mark Sanders, 43, is one of four people confirmed dead after the sinking of the fishing charter Enchanter he was on off New Zealand’s North Cape on Sunday evening. 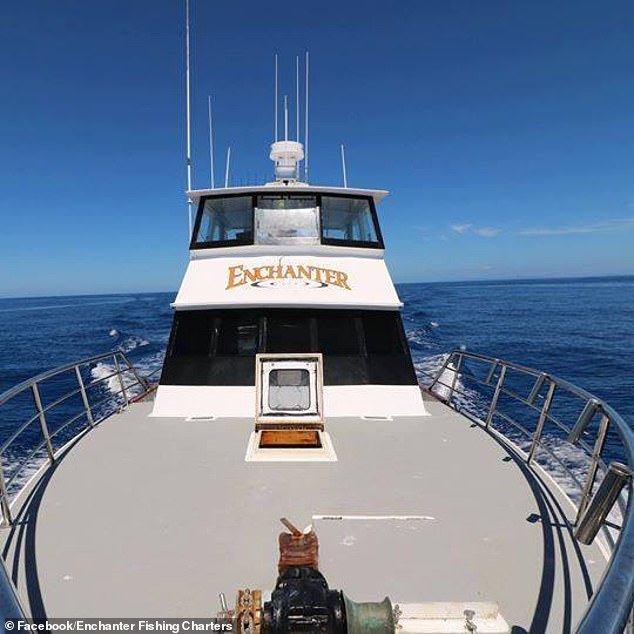 Three people have been rescued by a Singapore-flagged bulk carrier that was hijacked by the Australian Maritime Safety Authority – but nine have not been found.

A survivor is critically ill and remains in Broome Hospital after being winched from the bulk carrier by a rescue helicopter.

The other two have been transferred to an Australian government ship and are expected to arrive in Darwin on Tuesday.

In New Zealand, search and rescue teams were deployed early Tuesday morning to try to locate the last person aboard the Enchanter.

“Conditions this morning are mixed for searchers, with poor visibility and showers, while moderate seas are forecast,” Maritime New Zealand said.

“Although we have a number of places of interest, we have to thoroughly check about 500 nautical miles of ocean,” he said. 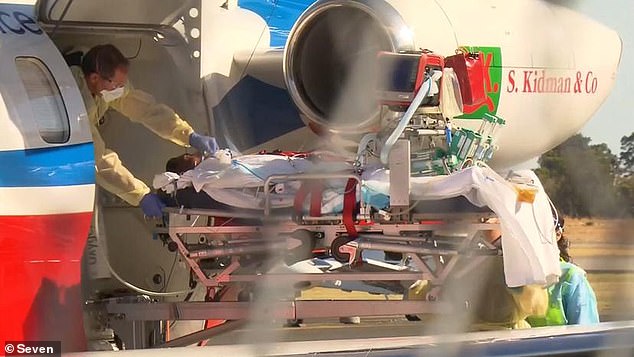 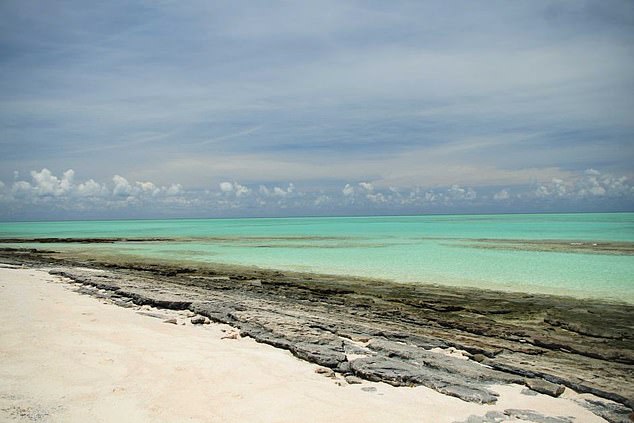 Mr Burt told RNZ that some of the five survivors clung to the boat for around four hours before being winched to safety.

“I suspect that the effects of hypothermia would definitely have started to kick in at that point,” he said.

The Enchanter set off on a five-day fishing charter before tragedy struck.

The boat’s skipper Lance Goodhew and crew member Kobe O’Neill were both rescued and have since been released from hospital.

But builder Mark Sanders, 43, has been identified as one of four victims.

The father-of-three was excited about the trip, which took two years, RNZ reported, but told his father Graeme he was worried about the weather.

“He was worried about the forecast for the last day or that he was fishing. He told me that before leaving – “the forecast doesn’t look good, we may have to come back earlier”, he said.

A weather warning had been issued on Saturday morning, two days after the Enchanter set sail for the Three Kings Islands.

An emergency beacon was triggered around 8 p.m. Sunday after the boat was hit by the rogue wave.

“He had a life jacket, but it still didn’t save him,” Mr Sanders said.

Mark called his family hours before the ship sank, telling them he was having fun. 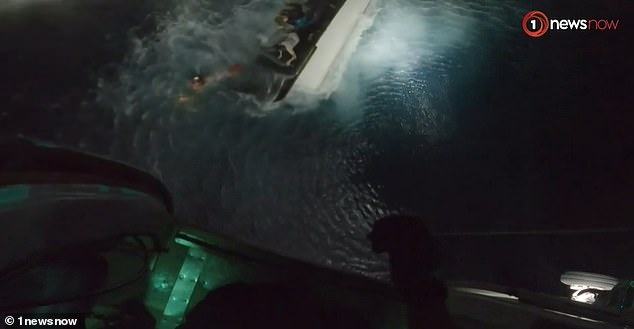 Footage shows divers rescuing those aboard the Enchanter. Survivors are estimated to have clung to the boat for hours before being winched to safety

“All I know is that they had announced on the radio that they were heading for bad weather and that they would call back in about an hour,” said his wife Brenda.

“I understand shortly after that a rogue wave washed away the flybridge and from there they just rolled over.”

Te Aupouri iwi leader Penetauri Kleskovic said it was a “miracle” that anyone survived.

“Four people have now been found dead… five rescued. They were all avid fishermen and people who wanted to get out and enjoy the delights and beauty of the north,” he said.

“The saddest thing is that they won’t go home. Thoughts, prayers, condolences, sympathy to all whanau involved – especially those who will rest their loved ones. ‘

Although it is understood the vessel has been out several times without issue in rough seas, commercial fisherman Nat Davey said the conditions were “awful” and no one should have been on the water.

“With the way the weather forecast is these days, there’s no excuse to take risks whether you’re a small boat or a big boat,” he said. news center.

The search for the fifth person aboard the Enchanter continues. 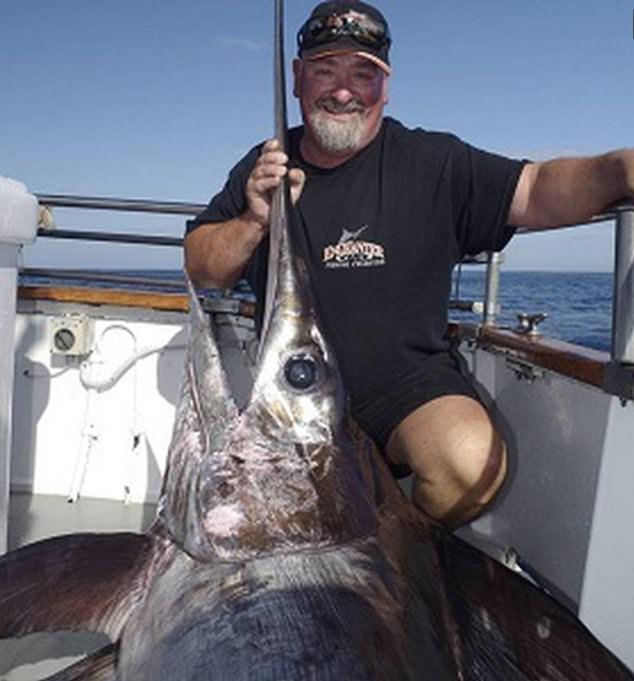 Lance Goodhew, the skipper of the Enchanter survived the sinking of the boat and has since been discharged from hospital