When the KKK clashes with Vietnamese fishermen

After the Vietnam War, many Vietnamese refugees fled to the United States, and while some settled in Southern California, others headed to the Gulf Coast, where they embarked on crab and shrimp fishing.

But the region was in an ecological spiral – oil spills, pesticide runoff and toxins from petrochemical plants were poisoning the ocean. Seafood became difficult to catch, and local white fishermen began to resent the immigrants and blame them for the shortage. Eventually, violence ensued.

Author Kirk Wallace Johnson lists these events in his new book, “The Fisherman and the Dragon: Fear, Greed, and the Fight for Justice on the Gulf Coast.”

Johnson tells KCRW that he started leaning into the story by chance, after listening to Bruce Springsteen’s song “Galveston Baywhich is about a confrontation between a Vietnamese refugee, a white fisherman and the KKK.

“That then kicked off a years-long investigation where I was sitting across from Klansmen, aging Vietnamese refugees who had watched the Klan, law enforcement,” he says. “It was a massive investigation, but I never really thought I would thank Springsteen for pointing me to the story that would become a book.”

The song mentions Billy Joe Aplin, a fisherman from the small town of Seadrift, Texas, who had an argument over traps with a Vietnamese crabber named Sau Van Nguyen. Aplin harassed Nguyen for weeks after the incident and eventually attacked him with a knife. Nguyen shot him in self-defense.

“This murder started this smoldering fire that would eventually consume the entire Gulf Coast of Texas,” Johnson said. “Because South surrendered, but surprisingly found himself acquitted by an all-white jury in a very conservative part of the state. But he was acquitted for self-defense. »

The killing brought the Ku Klux Klan into the picture after they announced they would investigate “trial irregularities”. The Great Dragon of the Klan did not hesitate to take advantage of the ensuing media storm, says Johnson.

“Just getting involved in this conflict allowed him to develop a new clan chapter in this small town,” Johnson says. “And from then on it was almost like a rinse and a repeat – he was looking for every opportunity he could to stoke the tension between these two bands.”

“The Fisherman and the Dragon: Fear, Greed, and the Fight for Justice on the Gulf Coast” deals with 1970s racial animosity against an unfolding environmental disaster along the Gulf Coast of Texas. Courtesy of Penguin Random House.

Eventually, Morris Dees, founder of the Southern Poverty Law Center, represented the fishermen in a civil lawsuit, which he won.

The resulting injunction prevented the Klan from holding rallies in Vietnamese neighborhoods, and they were not allowed to approach Vietnamese with balaclavas. He also dismantled a militia that was conducting training throughout Texas. In his research, Johnson found connections to the modern white power movement.

“We are in a period of increased militia activity,” he said. “So the [are] a lot of things that happened back then that speak to the present moment. 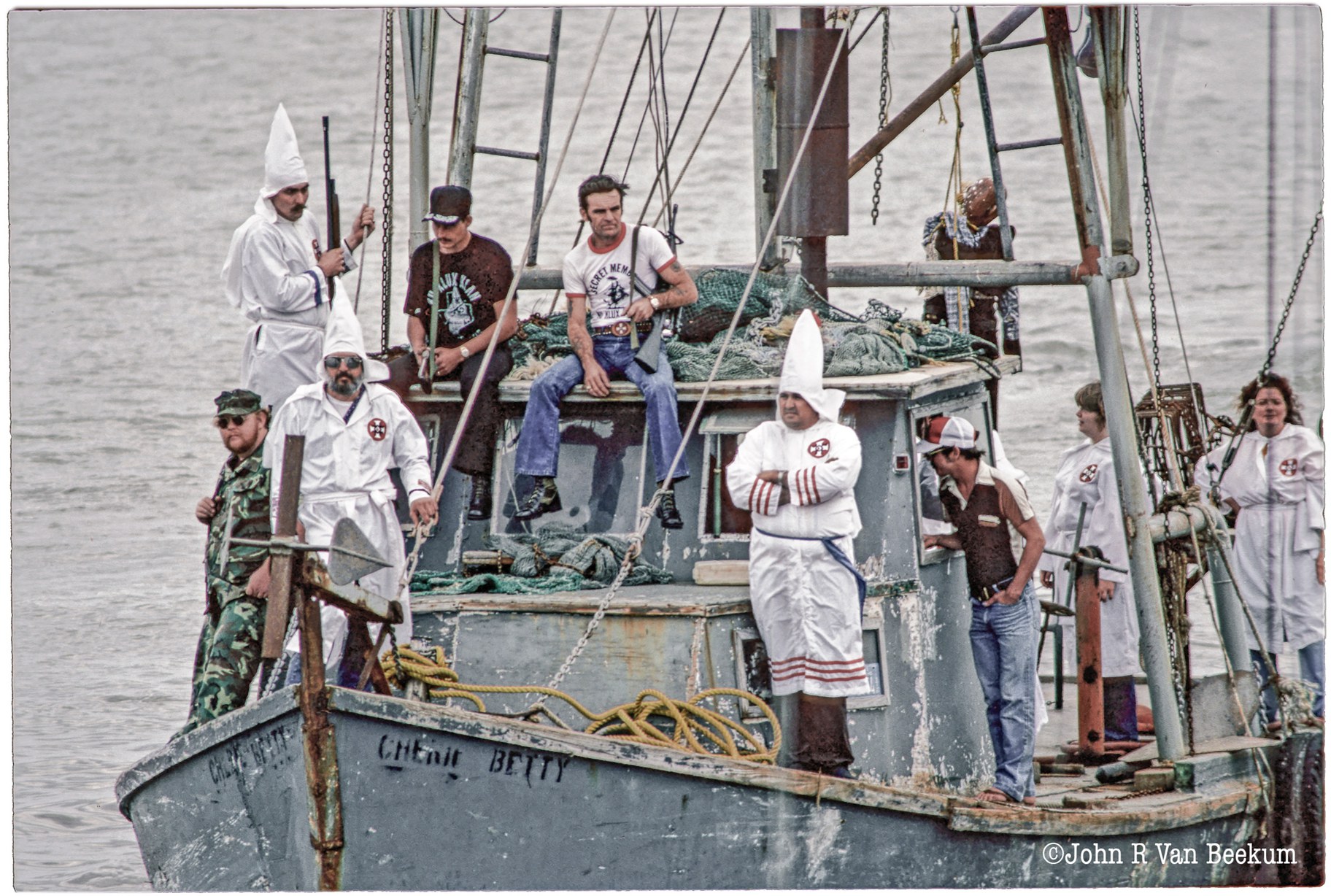 The environmental factors that contributed to this conflict also remain relevant. Today, almost no shrimp industry still exists in the region.

“It was always talked about as a turf war between white and Vietnamese fishermen, but no one was paying attention to the territory itself,” he says. “It’s now the most toxic water in America. It’s called the cancer belt because of the petrochemical industry and all these toxins that get dumped in the air, in the ground and in the water.

Another figure in Johnson’s book, a fourth-generation shrimper named Diane Wilson, eventually dedicated his life to fighting this industry. She is still involved in the battle today, at 74.

“It didn’t escape me that the only woman in this industry seemed like the only one who could clearly see that this small number of Vietnamese weren’t the problem – it was these massive factories on the coast,” Johnson says. .